Swapping Consumerism for the Cosmovision

Anna Stephens explores how we could learn from the ancient Andeans of Peru and their symbiotic relationship with the natural world.

“If the forests die, humanity dies”, explains a hunter from the Penan tribe of Borneo in Bruce Parry’s recent documentary Tawaii.

The Penan tribe is one of the few remaining indigenous groups across the world, who continue to live in total harmony with nature. They stand out from the capitalist and consumerist societies of the developed world, and lead lives on the basis of survival, untainted by materialist pursuits.

During my time in Peru I had numerous encounters with a similar indigenous group, the Quechuan speakers from the central valleys of the Andes, who have maintained their vibrant and magical culture over centuries. We often shun native societies such as the these, however, in the context of the impending climate disaster, is it time for the Western world to pause for a moment of introspection? Plastic fills our seas, the polar ice caps are melting, and the way in which most of the world lives is no longer sustainable. Perhaps, it is time that we stop viewing indigenous groups such as the Quechuans and the Penans as outliers and start recognising them as working examples of a more local and sustainable way of living.

In spite of Peru’s transformation into a major tourist destination, many Quechuans successfully continue the lifestyle of their Incan forefathers, which is based on a deep-rooted connection with the earth. They mostly live as farmers, cultivating potatoes and practising the religious rituals of their ancestors. They view ‘Pachamama’, the goddess of the earth, as a living spirit who must be respected if humans are to live peaceful, prosperous lives. They worship, and incorporate into their daily rituals, gods and goddesses such as the creator Viracocha, the moon (Mama Quilla), the sun god (Inti), as well as Supay the god of death and the underworld. This unique vision of the world is known to them as the Cosmovision and it encompasses their intimate connection with nature, the earth, animals and the cosmos.

Providing offerings and showing appreciation to the natural world was and still is extremely important to these indigenous Peruvians; they believe their gods reside in nature and have the power to cause natural disasters or bestow fortune. Coca (koka) leaf rituals are still performed today with the upmost importance, to ensure the mountains, sea, rivers, lakes, fields and forests are happy with human presence. Indigenous tribes residing in the Peruvian Amazon today, ask plants for their permission before they take or disturb them, and shamans who are expertly schooled in how to do this, help safeguard this respect between people and nature.

This is a stark contrast to the fast-paced, oil-dependent consumerist societies in which most of the developed world inhabits. We no longer incorporate nature into our everyday social and religious rituals. Unlike these indigenous societies, rarely today do we experience the journey of our food from soil to plate, and consequently we do not maintain a relationship with the earth which provides it. Our sleeping patterns are no longer determined by the rise and fall of the sun’s rays, or the light of the moon, and our food is not dependent on the animals available in our environment.

As stewards of this planet, we must remember to give as much as we take. Maintaining consciousness of our actions, as indigenous societies achieve through these rituals, is vital as to ensure we do not continuously take from planet earth, or there will eventually be nothing left. We live at a time when limiting our footprint has become imminently crucial if we are to protect future generations of humankind, which means understanding the planet we are on, and viewing it as a part of, rather than separate to, ourselves. A relationship with nature has to be built, and it has to be built with conscience.

Andean people constructed Machu Picchu in a basin of mountains, so they would be protected by the ‘Apu’, the mountain spirits. They chose their site high above ground, so they could be closer to the sun and moon gods, and from there they could contemplate the stars. The roads and paths to Machu Picchu were built into the sides of the mountains, often very high up and very thin, like a rail running along the side of the cliff. It is likely that the Andean people had such an understanding, trust and respect for their natural environment, that they walked these paths easily and without fear. Unfortunately, many of us have lost a sense of connection with our mountains, rivers, and oceans, which have become polluted with plastic and waste. In our collective goal to save the planet, perhaps the only way to regain this relationship will be by returning to simpler ways of living.

The Andeans believe that life on earth was reflected in the stars above. They saw each star and planet as possessing a unique purpose. Integral to their belief is that every living thing is divinely connected. They studied the constellations believing that spirits lived within them, that the Milky Way was a river in the sky, with animals who are the stars living in its waters. This divine connection of all life on earth and the sky, characterises the Andean Cosmovision. It explains their connection to the mountains: their protectors, with the earth: their mother, the sun: the life giver, and the moon: the defender of womanhood.

The Penan hunter from Parry’s documentary goes on to tell us that “the forest says, we are part of the same family”, an outlook which mirrors the Incas who built Machu Picchu. They believed that without our natural world, we could not exist, and it is true that if we continue with our current habits, the damage we will do to our planet will be profound. From now onwards, we have to remember our connection to the earth, we have to grow as much as we consume, and recycle as much as we use. We must strive to achieve a greater environmental consciousness and replace our consumerist lifestyle with a more sustainable way of living: a Cosmovison, of our own. 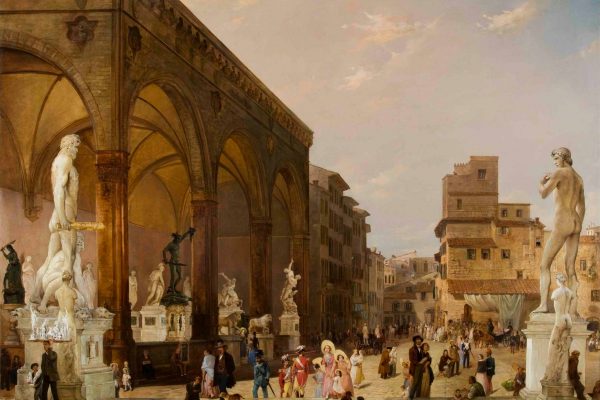 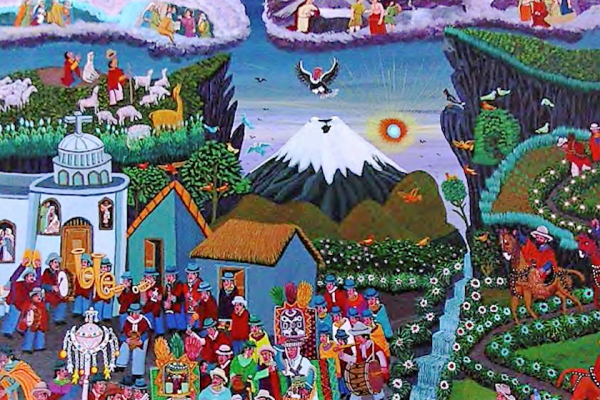 Swapping consumerism for the Cosmovision

Swapping consumerism for the Cosmovision

Anna Stephens explores how we could learn from the ancient Andeans of Peru and their symbiotic relationship with the natural world. 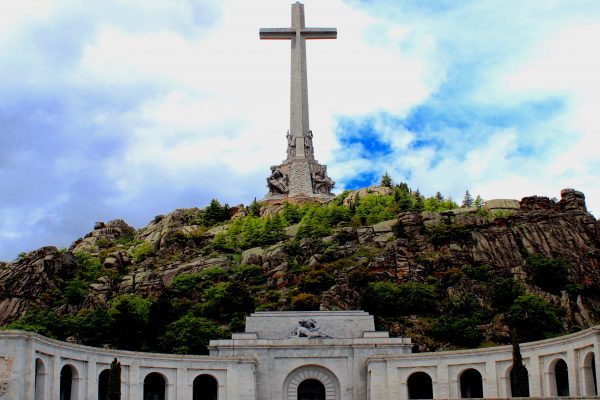 Ghosts of a Restless Past

Ghosts of a Restless Past

Following the decision of Spanish Parliament to exhume dictator Francisco Franco, Ben Mannings explores whether Spain are finally removing their skeletons from the closet.
Close Menu